As an acting teacher she has earned a reputation as one of Chicago’s respected ladies of theatre. Carole has a unique style of bringing each student to a newfound clarity of their talents and profession. She amazes with her ability to constantly find new ways to get her students to approach old ideas and material. Carole Kleinberg’s’ detail, focus, style and follow-through are her stock in trade.

She is patient, encouraging, charmingly commanding, creative, bright, thoughtful, insightful, congenial, and I could go on with all the adjectives that describe a most competent director and delightful person… because she truly is!

You have been an inspiration and a joy to work with. I have learned so much and I hope that I can apply your ideas, your understanding of stage and actors, and your knowledge of language to other scripts that I am working on. Thanks so much, and know that I appreciate what you done for me. You deserve much credit for getting me to (the) Alabama Shakespeare Festival, (Southern Writers’ Project). 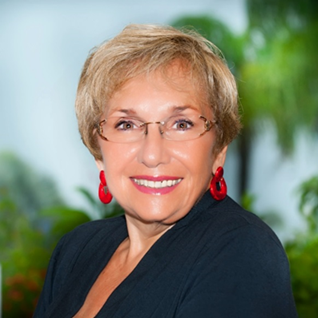 Carole came to Sarasota from Chicago’s north shore, where she was a Professor of Theatre at Oakton Community College and taught a wide range of theatre courses including: Beginning Acting, Intermediate Acting, Directing, Introduction to Theatre, Dramatic Literature, Theatre History, Public Speaking and Honors Speech. She coordinated special acting programs and was the lead director for the Performing Arts Center mainstage productions.

In Sarasota she was honored to serve as the Director of Education and Outreach for the prestigious Asolo Rep. Subsequently she became the Artistic Director for the Banyan Theatre, and Associate Artistic Director of PLATO arts. During this time she continued to work as a freelance director, coach private students, and serve as dramaturg for playwrights developing new works.

In her previous life “up North” she was the Vice President of Programming and Community Relations for Cablenet, at the time the largest cable TV company serving the Chicago suburbs, and was the Executive Producer of a series of innovative live interactive cable television specials. She has owned her own theatrical production company, producing and directing musicals, which toured throughout the Midwest.

Resume: a body of work

With over 4 decades of theatre experience and expertise, Carole’s resume is still expanding with new productions and projects.  To see a History of Carole’s experience click below.

In a industry with a steady stream of new faces there is no substitute for experience.  On of the best gifts that can be given to a new generation of professionals is equipping them with the lessons learnt over a career in the production industry.  Click below to see all of the workshops offered by Carole.

There is no better feeling than receiving a standing ovation at the end of the journey that each production brings.  After the seats have emptied, the praise has continued for Carole.  Read some of the reviews and awards that have been accredited to Carole’s career…